Coffee With A Conscience

You may be forgiven for thinking that the world’s most important, tradeable, liquid commodity was oil but, of late, there may be another challenger for this title –  one that is equally dark and similarly possessed of a soaring social currency – coffee. With consumption running in excess of an estimated two billion cups per day, appetite for the world’s most popular beverage is certainly insatiable and continues to grow. As countries such as China, an uber traditional tea-drinking nation become increasingly swayed by the aromas, mood-enhancing qualities or just the simple alchemy of the coffee brewing process, global sales of the drink have reached stratospheric levels. However, concerns over the sustainability of such a demand and the growing impacts of a world-wide booming coffee culture on communities in the production hotspots around the world makes it always necessary to ask the question – is the coffee we buy “coffee with a conscience”, or something quite the opposite? 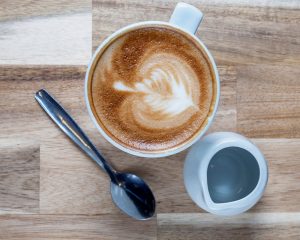 At Clip ‘n Climb Ipswich, we are delighted to be able to answer the question above with a resounding “Yes!” and we are equally chuffed to be involved, in our own small way, with Paddy and Scott’s ‘Muchomba Farm Project.’ Running since 2017, this award-winning and groundbreaking initiative was set up between Paddy & Scott’s and a Kenyan smallholding coffee farm headed by George and his son, Issac, and now produces enough coffee for more than a million cups per year.

We are rightly proud of the fact that selling Muchomba Farm coffee at Clip ‘n Climb Ipswich contributes towards investment directly into George and Isaac’s community, which has so far helped build a school, provide fresh running water and create washing and sanitation facilities. As well as these day-to-day social changes to village life in Muchomba, something equally, if not more, important is taking shape. With a viable supply chain in place that will enable Issac Muchomba’s children to continue to make a living from growing coffee for many years to come, Paddy and Scott’s are now setting the ‘production bar’ as high as it will go. Their aim to produce every single bean needed to supply customers like Clip ‘n Climb Ipswich through the Muchomba Project makes us excited and proud in equal measure. We hope that when you next pay us a visit in our cafe, you will not only enjoy coffee that tastes amazing, but is also proudly served “with a conscience.”